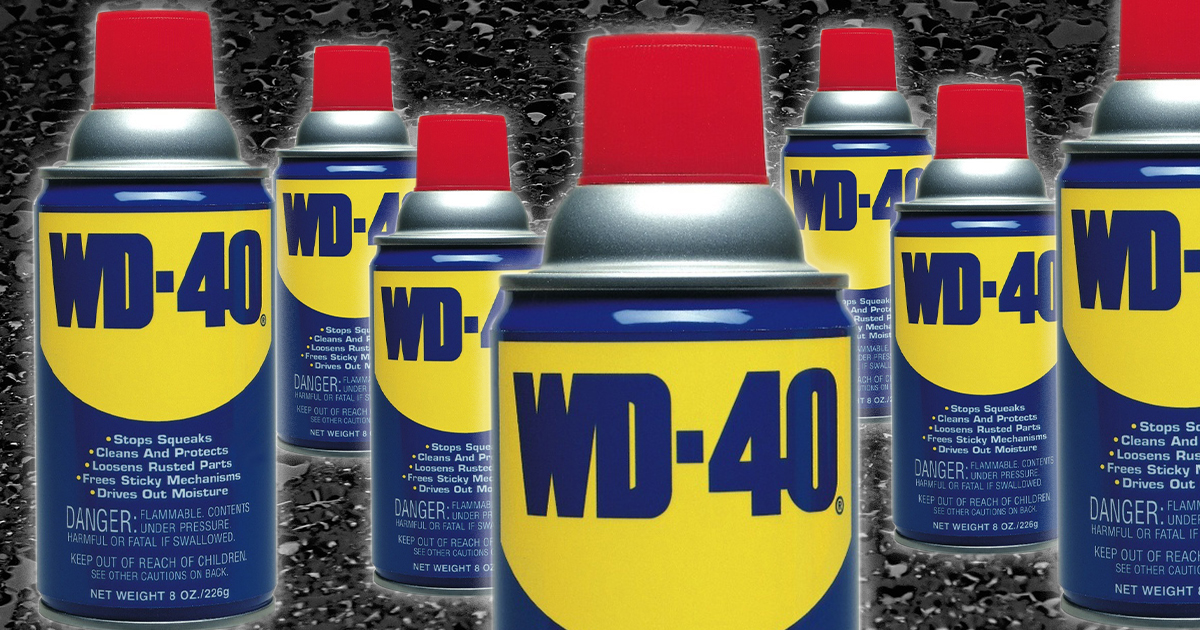 WD-40 is a celebrity amongst fellow lubricants. It's become a household name over the years, and rightfully so, but how familiar are you with it its history, creation, creator?

Born in 1892, Norm lived in Illinois until his family moved to California when he was six. After earning a degree in mechanical engineering, he worked for San Diego Gas & Electric Company and then, in 1928, founded a private flying service at Lindbergh Field called Airtech, which continued until WWII.

He formed the Rocket Chemical Company in the 1950s with the help of some colleagues. This is when a naval commander asked him to develop a product that would protect US Navy ships from ocean salt corrosion that was wearing down ship gears.

But, this is just one speculation behind the need for WD-40. Another says that the product was developed with the intention of protecting the outer body of Convair aircraft as well as the balloon tanks of the Atlas missile from rust and corrosion.

This uncertainty behind the initial need is just one aspect of the mystery behind WD-40. But, no matter how it came about, one thing is indisputable: its invention revolutionized lubricants.

WD-40: Its Creation and the Many Uses

The name is actually an abbreviation of Water Displacement, 40th Formula. This means that it was a result of Norman Lawson's 40th attempt at the formula.

WD-40 was developed in 1953, released in 1958, and has never been patented. I know that surprised me, too. It was never patented because they wanted to avoid sharing the secret formula.

The product was always intended to be a lubricant, but wasn't initially considered or developed for household use. As with many lubricants, other uses were soon discovered and in abundance in the early 1970s, the company started hearing from employees and customers regarding the product's many surprising alternative uses.

In this video, the oh-so-familiar spray bottle is used to clean appliances, weather-proof shoes, and remove gum and stains from carpets. And these are just a few examples of what this stuff can do.

Gas chromatography is a technique that separates the parts within a mixture be vaporizing them before they decompose. In doing this, it can determine the ingredients of something based on the rates in which each component moves.

In 2009, Wired did just that to WD-40 and they claimed to have found the ingredient list: mineral oil (like baby oil and Vaseline); decane, an alkane often in gasoline that keeps it from freezing; nonane, an alkane that is a water repellant; tridecane and undecane, the same stuff that's found in stink bug scent glands; tetradecane, a(nother) alkane; dimethyl naphthalene, likely a solvent here (there are 10 forms of these isomers); cyclohexane, which would give it a high melting point; and carbon dioxide which propels the stuff from the can so that you can loosen some screws and shine some shoes.

This is all likely the formula hasn't exactly been released and we still don't know exactly what is in WD-40. On their website, the company states:

Sorry folks, the over 60-year-old formulation of WD-40 Multi-Use Product remains a secret today. Any information that you may encounter alleging the disclosure of the secret sauce is inaccurate.

One thing we must do is correct any misinformation that may be harmful to either our consumers or our good name. Specifically, the listing of incorrect and poorly defined ingredients and safety information. wd40.com

And that's okay with us. The stuff works and there's an application for everyone. There aren't many products that can say the same thing, now are there?

If you have creative/alternative uses for WD-40, we'd love to hear from you! Share in the comments below.

And if you want to get some of this thousand-use spray for yourself, you can pick up a case here--you know, so you never run out.