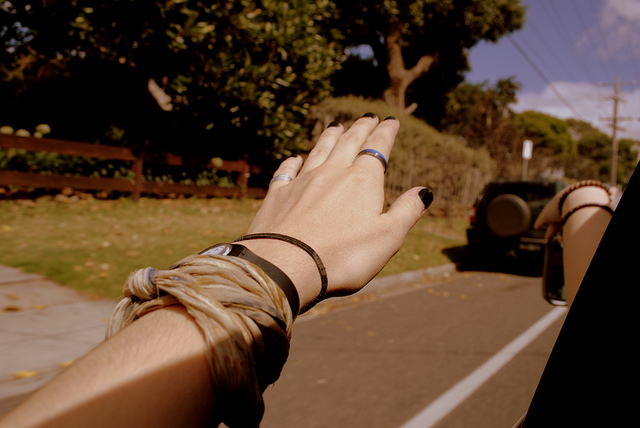 It is a commonly debated topic as to whether or not your fuel efficiency is improved with the windows down and there are a variety of articles online that send different messages. Below are links to a variety of sources so you can decide for yourself and if you take a look it is not a cut and dry matter. According to bankrate.com who consulted experts on the topic you are better off with your A/C on at speeds exceeding 55 mph mph due to drag, which decreases your fuel economy by 20 percent or greater.

Bankrate also suggested that in stop and go city traffic at low speeds you are better off with your windows down, because most likely that will not amount to the 10% reduction in fuel economy that your air conditioner on average provides. The Chicago Tribune also concluded that A/C is best on at high speeds and off in the City. Car and Driver has a different take and through their own research determined that you are better off with the windows down at all times and they have a fuel efficiency percentage loss chart to illustrate their findings. Car and Driver also found that as your speed increases while running the A/C the fuel efficiency loss decreases, but is still higher than having the windows down. In the end it really comes down to comfort versus cost. If it is not that much more to stay cool most people are going to on a hot day.

Let us know what you think?

Here are links to the articles mentioned: