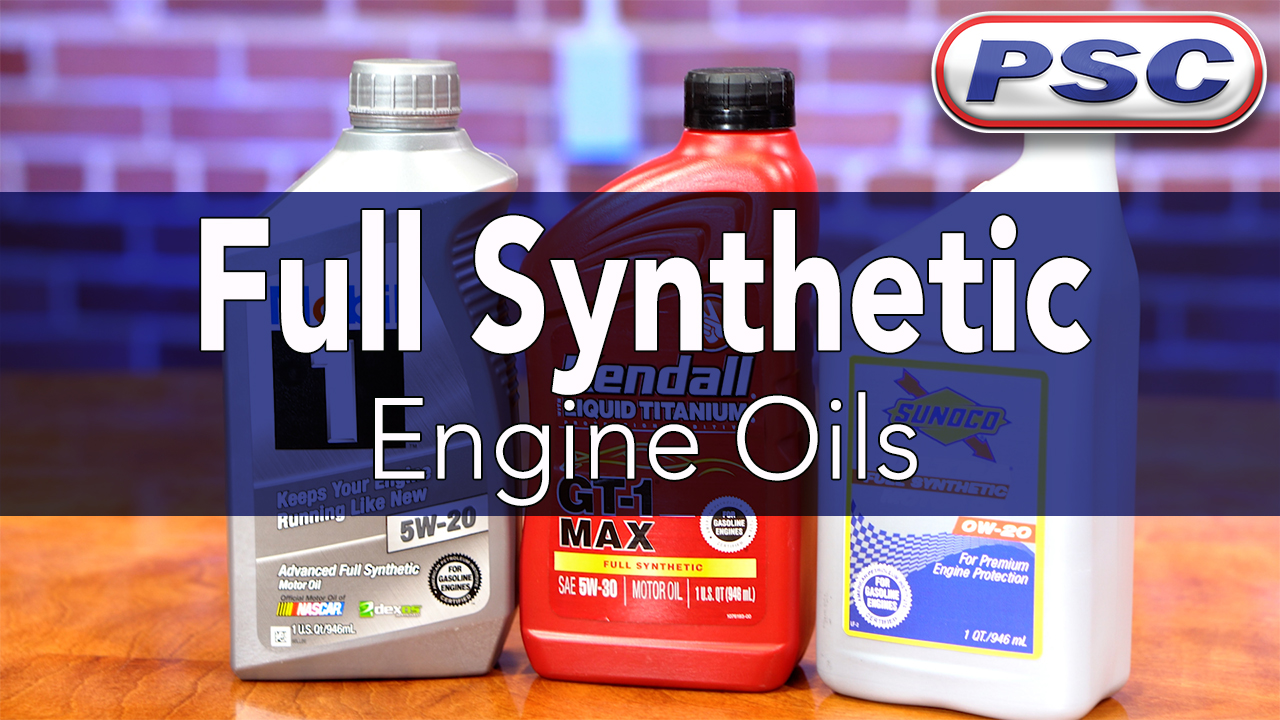 What is a fully synthetic engine oil?

In the motor oil market, you're going to run into conventional oils, full synthetic —oils, and even semi-synthetics (which take the best of both worlds). To determine which one is right for your application, it's first important to understand the differences between conventional and synthetic.

Synthetic oils have base stocks synthesized through intended chemical reaction (meaning they are synthesized in a lab). Conventional oils, on the other hand, are mineral-based. The difference between the two is most notable on a molecular level (but don't worry you don't need to understand chemistry here). When it comes to mineral oil, the molecules are all different sizes and there is a lot of variation. For synthetics, these molecules are all the same size. It's like having a jar of rocks and a jar of marbles, the rocks are going to all be naturally different, whereas the marbles are uniformly made.

Did you know that sometimes a synthetic oil isn't actually synthetic at all, but might just be a highly refined mineral oil? Read more about synthetic oils and the —synthetic misnomer — here.

The lack of variation in the synthetic molecules makes the lubricant "sheer stable" because they're not breaking down as much as the non-uniform mineral molecules. The lack of sheering extends the life of the synthetic oils, giving you longer drain intervals. A synthetic passenger car engine oil is going to last you longer. In fact, some synthetics can last as long as 15,000 miles or an entire year.

Besides the longer drain intervals, synthetics can also offer extended MPG. Remember those stable molecules we talked about? Their stability also positively affects your engine. Your engine doesn't have to work as hard, which means you're using less fuel.

Synthetic engines oils are also superior to conventional oils in the winter because they don't contain wax. This perk is especially important for cold weather startups because the oil gets to the critical engine parts much faster.

Of course, one downside you might notice is the cost. Synthetic engine oils do cost more than their conventional counterparts. However, you must also consider the benefits that outweigh this cost. If you're getting longer drain intervals and more MPG, you're saving money on those fronts.

It's important to note that fully synthetic oils aren't always the right choice. Always consult your owner's manual and OEM specifications when choosing an engine oil.

At Petroleum Service Company, we offer some of the cleanest, strongest, and most reliable engine oils available. Currently, we carry full synthetic oils from top brands such as Kendall, Mobil, Sunoco, and Pennzoil. Every synthetic engine oil we sell is API SN or ILSAC GF-5.