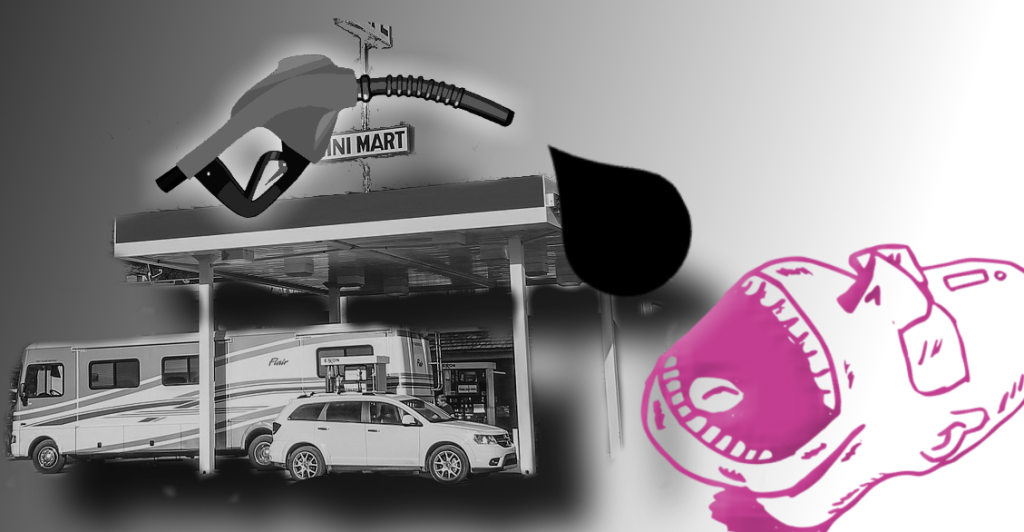 Rarely do the sentiments of YouTube commenters so uniformly align. Refrained variations of the same consideration that you, indeed, can't drink gasoline, " because you'll die, (of course) " crowd the comments section in harmonic agreement.

When I first found out Shannon drank gasoline, I didn't believe it, " the mother says, with a profound solemnity.

Even with gas prices at the lowest they've been in years, most of us know better than to swap our half and half for some premium gasoline.

And yet, another man gets kicked out of an AA meeting as this was likely the only suitable option for treatment for smelling of gas and being deemed a fire hazard. " Brian Taylor, of England, was caught consuming gasoline directly from a gas pump, and in a few instances was even 'doing a little jig while high on the fumes, ' though it's unclear as to whether or not this contributed to his arrest.

Our noses may tell us what our brain may otherwise struggle to petroleum oil and cooking oil are not one in the same. Petroleum products are derived almost exclusively from the numerous hydrocarbons found within crude oil; hydrocarbons, absent of some of the oxygen molecules that greatly contribute to the edibility of carbohydrates, are not to be eaten. So they say.

By 2011, Chen Dejun of China had been drinking gasoline for over 42 years. Initially using kerosene as a means of treating what seemed to be tuberculosis, Chen, now (if he's still kicking) 76, found some much sought-after relief from the fuel. Somehow.

The jury is still out. Chen did it. Why can't you?

Well, nobody is stopping you, really: it's just not highly recommended.

"...[Consuming gasoling may ...cause vomiting, vertigo, confusion, drowsiness, breathing difficulties, burning in the esophagus, sore throat, weakness, and diarrhea, even when ingested in small amounts; in larger portions, it can cause loss of consciousness, internal hemorrhaging, convulsions and death (from circulatory failure and/or damage to vital organs)."

Though few people have kept up the habit long enough for some solid evidence to be recognized, there is an example of one boy who has more or less proven that fuel is not a food. Having picked up the habit in a daring endeavor to become a transformer, the boy's mind is slowly retrograding. According to his father:

He was a very smart boy, and could even repair the TV. Now he doesn't know seven plus seventeen. "

And if you were still wondering about Shannon, here she is, doin' her thing:

Are Supply Chain Issues a Concern for You? Your favorite lubr
monthly newsletter

Should You Be Concerned About Supply Issues? Hear a Message From Our CEO, Rick Rose
monthly newsletter

What are Product Allocations?
by James Lewis on Jun 22 2021