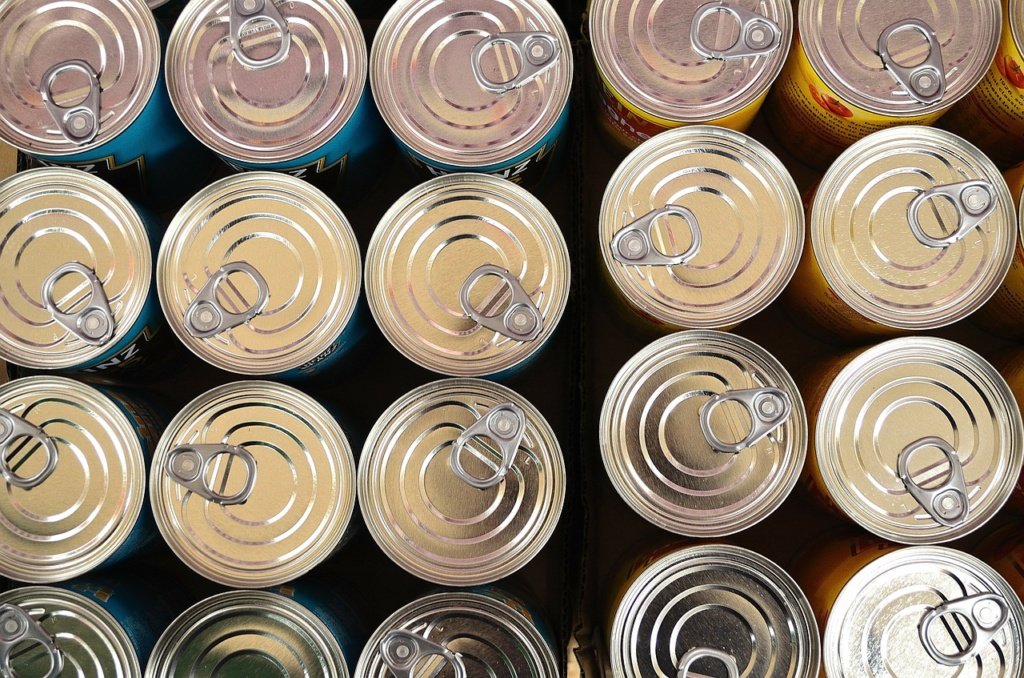 Prior to the invention of refrigeration and artificial preservatives, humans still found ways to preserve their food. Such preservation was pretty much imperative to survival: they needed food to get them through the winter or food shortages or traveling.

Our earliest ancestors managed to preserve food through whatever means they had at hand. In cold climates, they froze meat in the ice. In the tropical climates, people dried their foods in the sun. Fermenting and curing were other early methods of preservation that still exist today.

In Iceland, for example, fermented Greenlandic shark, known as hákarl " is a traditional meal dating back to the Vikings. While these fish were abundant around the island, they were also toxic. By burying the headless shark in a hole with stones, sand, and gravel, the pressure would seep the liquids out over the course of 6-12 weeks. Then the shark is hung to dry for several months. The resourceful Vikings developed this method to preserve and purify otherwise toxic shark meat.

People will do just about anything when they're hungry. If you're the adventurous sort, you can sample this Icelandic delicacy still today.

How can we preserve this?

War particularly influenced the need for large-scale methods of preservation. In 1795, during the Napoleonic Wars, the French Government put up a large reward for any inventor who could develop a cheap, safe, and effective method for preserving large amounts of food. With such large armies and lots of traveling, the regular " food supplies just weren't cutting it.

Under Napoleon, the French military was stronger but hungrier. Nicolas Appert, a French confectioner and brewer-turned-inventor came up with a solution early in the 19 th century. Appert discovered that food could be preserved in airtight glass jars. His method was the first time anyone had successfully managed to both remove air and preserve food by heating them in sealed glass jars and bottles in boiling water.

Appert won the prize and he eventually progressed from his original champagne bottles to wide-necked glass containers. But while his method did work, the process was incredibly slow and the French Army experienced transporting difficulties.

From glass to tin

While jarring foods was an important step in mass-produced food preservation, it was the process of canning that really transformed the market and the world, really. When Appert's jars made their way to the UK, a man by the name of Peter Durand received a patent for preserving food in tinplated cans. Durand's patent is the first documented case of anyone using tin, a non-corrosive metal, as a container in which food was heated and sterilized. Durand's method involved placing food in the tin container, sealing it, putting it in cold water and slowly bringing to a boil, opening the lid slightly, and then sealing it again.

Although the patent was in Durand's name, it was a Frenchman by the name of Philippe de Girard who had the idea and tested the method. Girard was unable to take out a patent in England due to the war between the two countries.

Durand sold the patent to engineer and businessman Bryan Donkin. Donkin, interested in the idea, worked to make the design ideal for commercial mass-production. It took two years for Donkin to make Girard's concept work on a mass scale. By 1810, he and a partner formed Donkin and Gamble and began canning beef.

And the royalty had no beef with their beef. In fact, they loved it. In 1813, the Admiralty bought more than 150lbs of Donkin's canned food to feed sick sailors. The seamen also loved the beef. By 1814, the Admiralty ordered 2,939lb. In 1821, that number increased nearly fourfold to 9,000lb.

By this point, people knew that canning methods clearly worked. It would just take several more decades for Louis Pasteur to discover why it worked (you know, microbial fermentation and pasteurization).

The success of canned food made it incredibly popular, particularly those who were going on long voyages and needed to stock a lot of provisions. Arctic explorers, for example, needed to carry two or three years' worth of provisions in the event they got stuck in the ice.

Other companies got into the canning business, too, even before the 14-year patent expired. However, a food scandal in the early 1850s nearly killed this young canning industry. In 1852, inspectors found depots of spoiled meat destined for the Navy, as well as across the country. Hundreds of thousands of pounds of meat supplied by Stephan Goldner were thrown out due to it not being fit for human consumption.

The bad publicity put people in Europe, Britain, Australia, and America off canned food for a decade. Eventually, campaigns to promote the nutritional benefits of canned food struck a chord with the growing urban populations. In the 1850s, mass-produced condensed milk infiltrated shops and homes. As farms disappeared in urban areas, more people began drinking canned milk, rather than fresh.

In the United States, Thomas Kensett and Ezra Daggett patented the use of a tin plate in 1825. They sold canned oysters, fruits, meats, and vegetables. Much like the French Revolution, it was the Civil War which spurred more development in the US canning industry.

By the 1860s, can making was mechanized. In 1896, the process of double seaming " made it possible for high-speed equipment to make, fill, and close the cans. Bovril and Heinz were two companies that made further technological developments and better canning processes.

The first can opener, however, wasn't invented until the 1860s and didn't actually become a household staple until 1925 with the addition of the serrated wheel. Prior to this, cans were cut open with knives.

Tin cans also played a large role in the shift from agriculture to the Industrial Revolution. Canning allowed foods to be harvested at peak times and eaten during any season. Naturally, the two World Wars also had an impact on food production and, in turn, were affected by the tin can.

One canned product that especially experienced a revolution during and after the war was Spam. While it was already a fairly successful product found in households across the states pre-war, World War II really gave it global recognition. Some soldiers received genuine Spam as part of their K-rations, while most received government meat canned by Hormel and others. Still, soldiers returning home from war brought back with them a taste for Spam and sales increased.

You can still find Spam and a motley of other canned foods in just about every grocery store today. From meats and cheeses to fish and beans, if you think you can buy it in a can, well, you probably can.