If you've ever had to dissect something in a science class, you can probably recall that awful smell that filled the room--and no, it wasn't just the frog legs. It was the formaldehyde (well, technically the formaldehyde/water solution called formalin). It probably clung to your nostrils for the rest of the day and even stung a bit--oh the sweet smell of nostalgia...

Formaldehyde is an organic compound composed of carbon, hydrogen, and oxygen. Despite its simple chemical structure of CH2O, it is found in many forms.

As a gas, it's colorless and flammable and has a very strong and distinct odor. Through condensation, the gas can be converted into different forms of formaldehyde with different chemical formulas. When dissolved in water, formaldehyde forms methanedoil, also known as methylene glycol (methylene glycol can be found in hair straightening products, although its presence may not be safe due to potential formaldehyde vapor exposure).

The first report of formaldehyde was in 1859 when Russian chemist Alexander Mikhailovich Butlerov was attempting to synthesize methylene glycol. However, it wasn't conclusively identified for nearly a decade; in 1868, August Wilhelm von Hofmann (a chemistry professor and director of the laboratory of the University of Berlin) worked to clearly establish its structure and identity. Hoffman's methods paved the way for modern formaldehyde manufacturing. 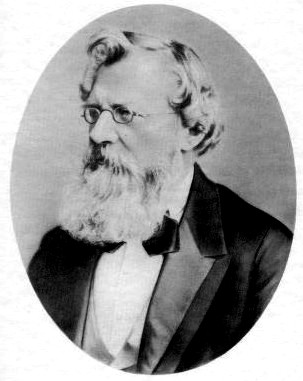 Commercial production of formaldehyde has been ongoing since the late 19th century. What began in Germany in the 1880s was eventually picked up by countries like Belgium, France, and the United States by the early 20th century.

Formaldehyde is formed in the combustion of methane and other carbon compounds. Methane is a principle component of natural gas, and natural gas fields provide the major source for methane extraction. Methane can also be extracted from coal seam gas and generated through the fermentation of organic matter (such as manure, landfills, and other biodegradable feedstocks). Formaldehyde can become a part of smog when produced in the atmosphere by the action of sunlight and oxygen on atmospheric methane and other hydrocarbons. It also exists in Outerspace; Interstellar formaldehyde was first discovered in 1969, making it the first polyatomic organic molecule detected in the interstellar medium.

Formaldehyde is a petrochemical because it is derived from natural gas. You can find more information on petrochemicals here.

In the early days of formaldehyde production, its primary use was as an embalming agent or a medical preservative. Formaldehyde-based solutions are still used in embalming practices to disinfect and temporarily preserve both human and animal remains. Contrary to what many people believe, it doesn't prevent decay; it only delays it. Today, its use as an embalming agent only accounts for a very small fraction of sales. Besides preserving human and animal remains, formaldehyde is commonly used as a preservative in some medicines and cosmetic products (like hair straighteners and nail polish). 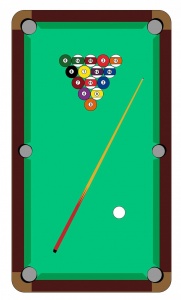 Formaldehyde solutions can also be useful disinfectants because it kills most bacteria and fungi (including spores). Solutions can be used in the treatment of warts because, when applied topically, it dries the skin. They can also be used to inactivate bacterial products for toxoid vaccines and to kill unwanted viruses and bacteria that could potentially contaminate the vaccine during production. In the US, formaldehyde is also approved for use in animal feed manufacturing as an antimicrobial agent to keep feed or feed ingredients Salmonella negative for up to 21 days.

Formaldehyde is incredibly toxic to all animals (including humans) and is a known carcinogen. If ingested, even water solutions of formaldehyde are highly corrosive and can cause injury to the upper gastrointestinal tract. Exposure to formaldehyde through inhalation mainly occurs through the thermal or chemical decomposition of resins, emission from aqueous solutions, or the production of formaldehyde from the combustion of organic compounds (such as cigarette smoke). Exposure can cause irritation to skin, eyes, nose and throat, and high levels of exposure can cause some types of cancers.

The United States Environmental Protection Agency has further information on formaldehyde, including what they are doing to protect against formaldehyde exposures.