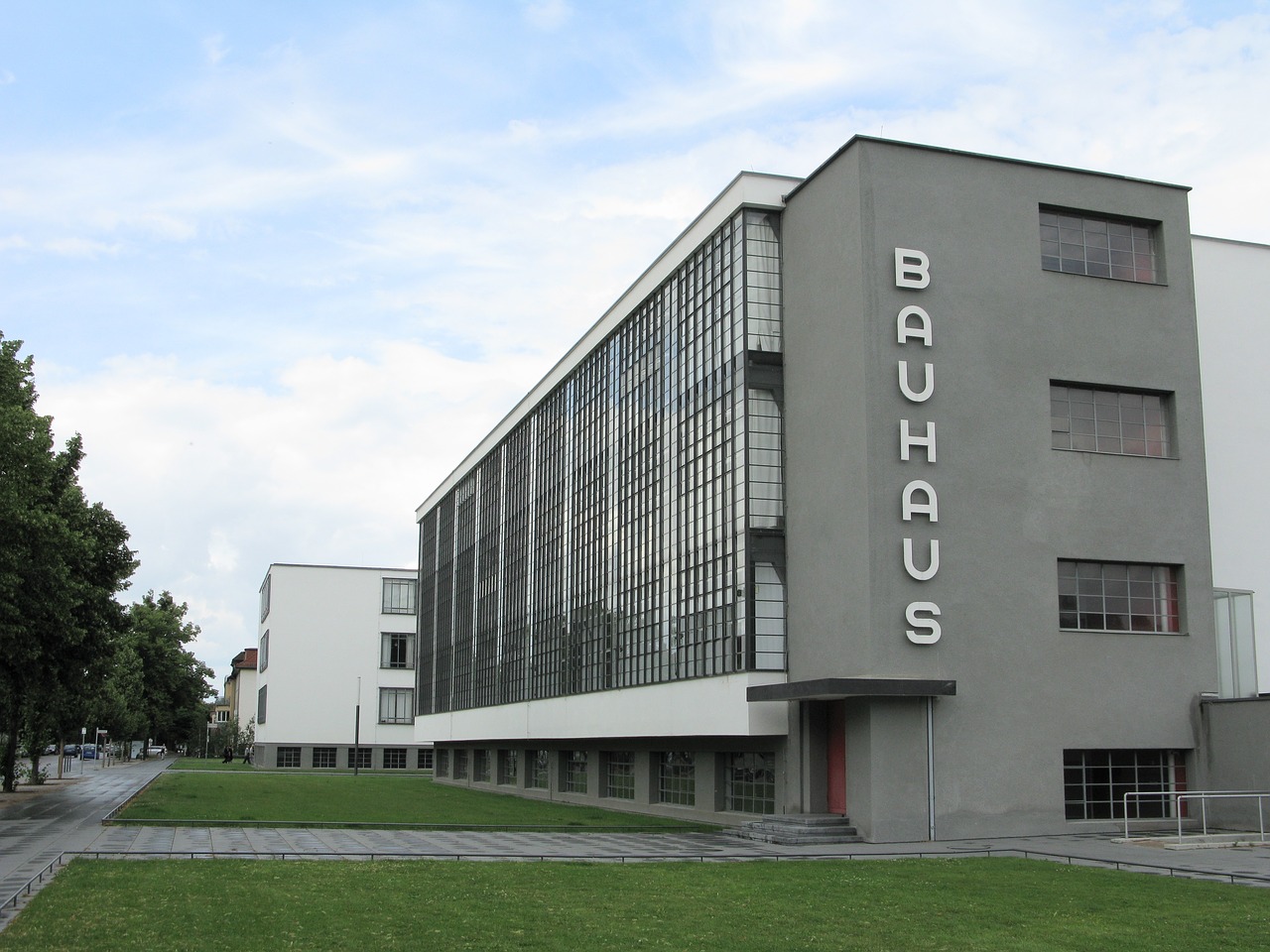 "If today's arts love the machine, technology and organization, if they aspire to precision and reject anything vague and dreamy, this implies an instinctive repudiation of chaos and a longing to find the form appropriate to our times. " -Oskar Schlemmer

The Art of Building

Every object we interact with on a daily basis is a creation resulting from a design. It doesn't matter its purpose or its materials or any of the other who, what, where, when and whys, for that matter. If you're sitting at a desk or on a bus, someone, somewhere designed that desk chair or that bus seat. Probably numerous individuals, actually. In either case, it was designed with a specific purpose in mind.

Art also comes into play when discussing all the objects of everyday life. The decision as to whether or not we use a product may come down to its artistic elements. Something might be able to get the job done, but if we don't like the way it looks, fits in our hand, or other (subjective) criteria, it's essentially useless.

Sure, that pair of glasses functions well, but if they're completely out of style, then who would actually want to wear them? 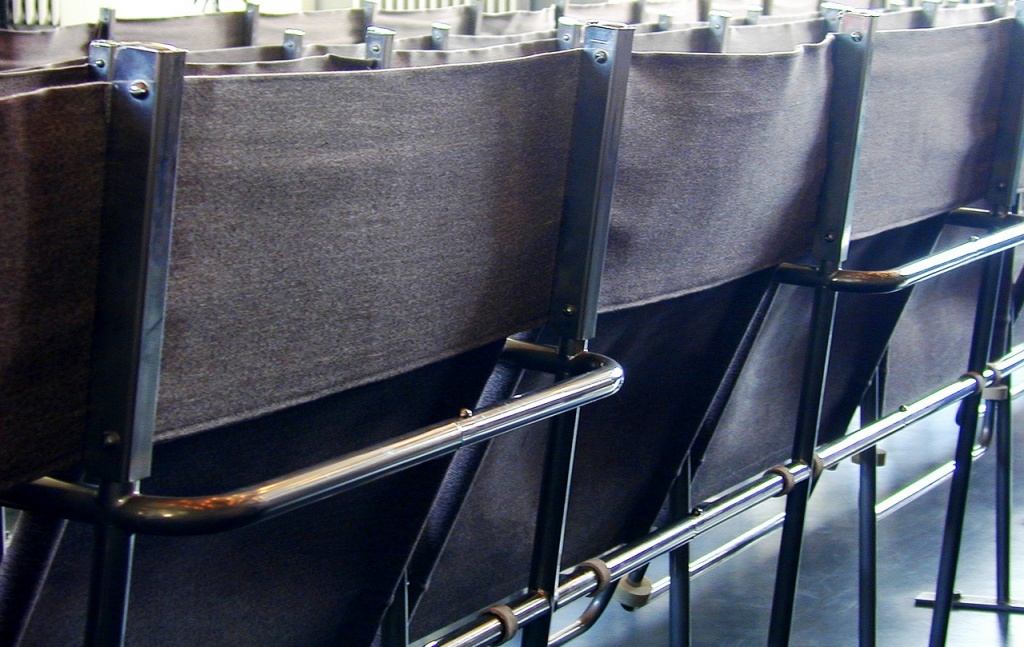 The Makings of Something New

Following the initial industrial revolution that ended in the 19th century, Britain, Germany, the United States, and other countries experienced another period of rapid industrial development.

This Second Industrial Revolution is also known as the Technological Revolution. It's characterized by large-scale production, the widespread use of manufacturing machinery, and new technological advancements, including the internal combustion engine, petroleum, new materials and substances, electricity, and communication technologies.

Industrial society structures developed out of the industrial revolution's influence on technology and mass production. The development of these societies, in turn, shaped the development of modernism. One aspect of this philosophical movement was the belief that traditional forms of art and craftsmanship and even science were no longer compatible with the newly (and wholly) industrialized world. The modernist sensibilities were, to quote the poet Ezra Pound's slogan, to "Make it New!"

The world was becoming a different place and the culture needed to reflect this new industrial life.

The radically simple forms, rationality, functionality, and the fusion between mass production and the artistic spirit associated with modernism were also integrated into the curriculum of a famous 20th-century German art school.

The Unification of Art and Industrial Design

Post-World War I, the world experienced another shift.

German architect Walter Gropius founded Staatliches Bauhaus in 1919, in part, as a response to the changes in society. The art school was founded on the notion of creating a "total" work of art where all arts would be brought together.

This was Gropius's initial core objective: bridge the gap between art and industry through unifying crafts, fine arts, and technology. Through this unification, he wanted the material world to reflect the arts (as opposed to the arts simply reflecting the world). Anxieties regarding the soullessness of the manufacturing process and its products, as well as the fear of art losing its purpose in society, prompted this.

Prior to Gropius's rather radical concept, fine arts (such as architecture) were held in higher esteem than craftsmanship (like painting or textiles). Through his work with what is known as the Bauhaus movement, Gropius essentially dismantled the old hierarchy of the arts. Not one discipline was more important than another because they were all integrated through collaboration.

He specifically designed the school's craft-based curriculum so the student artisans could create objects that were simultaneously beautiful and useful. Not just art and not just product.

Beginning in 1923, the school's main objective shifted to focus on the importance of these design elements specifically for mass-production. It was at this time when Bauhaus adopted its new slogan, "Art into Industry." The works produced by the school's artisans were to reflect economic sensibility, simplicity, and mass production.

The school experienced a number of changes over the years while it was still active, including changes in directors and variations in the curriculum. Throughout the years, however, emphasis on mass production remained.

Cabinetmaking and metalworking were incredibly popular workshops and were the most successful at producing design prototypes for mass production.

Modern furniture design at Bauhaus wound up being one of the school's most important contributions. Marcel Bruer, for example, experimented with metal furniture and ultimately created lightweight, mass-producible metal chairs inspired by the steel tubes of his bicycle.

The textile workshop was also very lucrative, as fabrics from the weaving workshops proved to be the most commercially successful. Students experimented with a number of unorthodox materials, including cellophane, fiberglass, and metal.

One of the changes in the curriculum also eventually included the addition of typography. This workshop proved to be both a means of communication and means of artistic expression.

Sans serif typefaces and the incorporation of photography as a key element to promotional material served a visual symbol to the school's avant-garde tenet. These components would also become increasingly connected to the corporate identity and advertising (ie. for the mass market).

A number of changes to Bauhaus (including the replacement of directors and changing locations for the actual school) occurred because of pressures from the Nazis. The school closed for good in 1933. During the course of WWII, many key figures from Bauhaus left the country. Many emigrated to the United States where their work and teaching philosophies continued to influence young designers.

Ultimately, Bauhaus had a major impact on art and architecture throughout Western Europe, the U.S., Canada, and Israel. The influence can be especially seen in Tel Aviv, where more than 4,000 Bauhaus Style " buildings were built thanks to 4 Israeli architects that studied at Bauhaus as well as others who studied throughout Europe.

Influence on the [Now] Modern World

Industrial design continues today, optimizing function, value, and appearance for the benefit of both consumer and producer. Just as art and design were fused during the production process at Bauhaus workshops, industrial design today is also an immersive, holistic experience where design is equally important to manufacture.

Today's modern furniture design is reminiscent of the Bauhaus designs of the 20th century. Metals, glass, plastic, and textiles of varying materials create furniture that not only serves a purpose but also makes a statement. And unless it's custom-made (or otherwise handmade by a craftsman), at least some elements are likely mass-produced. Think Ikea, here. 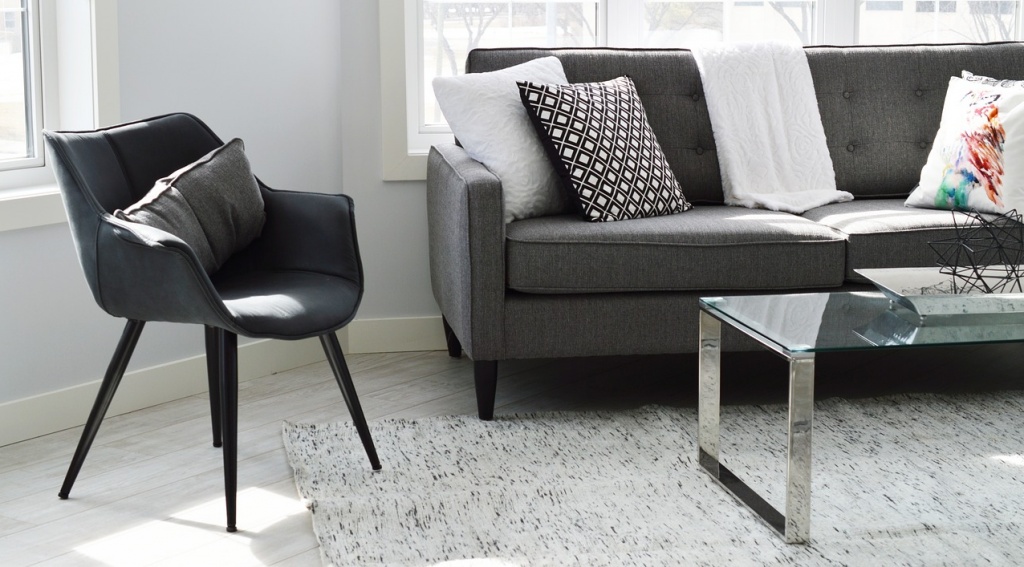 Technology and gadgets are much the same way. The iPhone--and all Apple products, really--are examples of such design concepts. Clean, sleek design that functions--for better or worse, depending on your stand, I guess. In either case, a phone is a phone is a phone. It's the extra technological and artistic elements that you are drawn to.

Either way, baby, your phone was made that way.

During the course of mass production, the design is separate from manufacture; the creative process of defining a product's form and feature occur well before components are actually made. When it comes time to actually manufacture the product, all that needs to occur is repetition. This manufacturing part of the process is often automated. The design component, however, maintains the human element.